Nene Abello | About Me
724
page-template-default,page,page-id-724,ajax_fade,page_not_loaded, 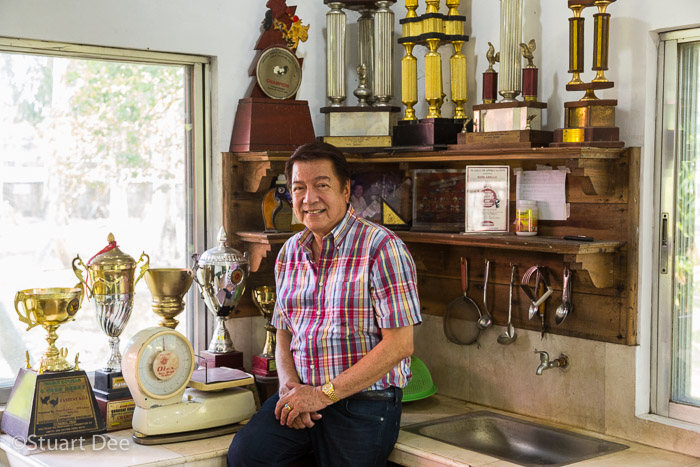 Nene Abello was born into a family of rooster fighters. And despite minimal exposure to rooster fighters as a child while living in Manila, he found himself naturally drawn to breeding them.
He is not only one of the most popular breeders in the Philippines, but he is also known in the international arena of cock fighting. He has won many derbies and he continues to this day to dominate the cockpit. Click here to view his awards.

Nene Abello takes pride in the roosters he breeds and sells because many buyers seek his wisdom, mastery and honesty.

Rafael “Nene” Abello has been described by many as a Living legend, a true gentleman, and a world-renowned gamefowl champion. He is a well-respected gamefowl breeder.